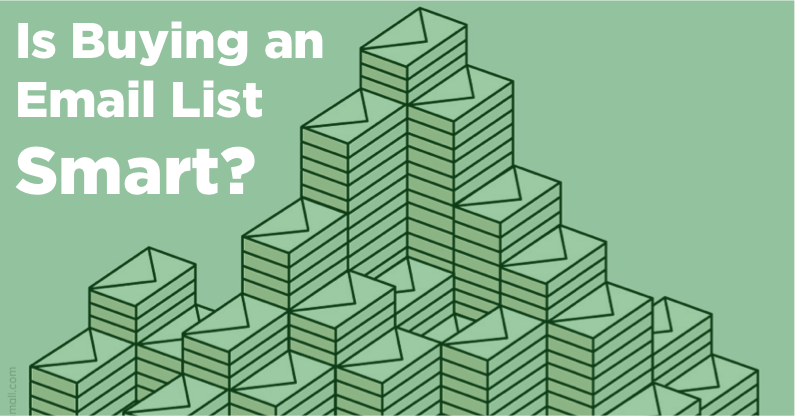 There’s something about the on field struggle that athletes engage in that serves as a microcosm for life. Particularly in regards to college athletics, where the on-field play is still raw and unpolished, often marred by mistakes that teams must then respond to and overcome.

One of my favorite figures in college sports history is John Wooden, the legendary UCLA basketball coach. Wooden’s teams won an insane 10 national titles in a 12 year span (and to think I got tired of the Miami Heat after winning 2 in a row).

But he is perhaps best known for his wise, timeless quotes that apply to all areas of life, far beyond basketball.

Even all the way to nonprofit email marketing (No kidding!).

That’s my favorite John Wooden quote (and really one of my favorite quotes of all time). It’s the kind of quote that seems to ring truer now than it did when he spoke it. In our fast-moving world that is constantly glorifying “busy-ness” (often at the peril of our valuable workforce), it’s serves as a needed reminder that certain tasks just can’t be rushed through and poorly executed.

Which brings me to the topic you were expecting to read when you saw that headline: buying email lists.

Let’s get something out of the way right up front: I definitely have a bias on this topic. My business card says “Inbound Marketing Specialist” on it, and as such I’m highly sensitive of anything that smacks of spam or cheap shortcuts to growth.

So my gut reaction to this question (“Should we buy an email list?”) is almost always a resounding…

But I realize it can be more nuanced than that. So rather than just spit out a one word answer at you (“No.”), I’m going to present a series of questions to consider before moving forward with a decision to buy an email list of any kind.

Seriously, go through each one of these items and answer the question brutally honestly:

1. Does Your Email Service Even Allow It?

Many email services forbid using purchased email lists, including the very widely-used MailChimp. If caught (not if, but when), they will shut down your account.

I’m guessing that’s a headache you don’t want to deal with.

Even if you’re using the addresses for good and not evil, permission-based email tools like MailChimp will shut you down for violating their terms of use.

2. Can Your Deliverability Rate Afford to Take a Hit?

What would cause a message to fail delivery? Couple things:

That last one is bad news. If the IP address (your internet thumb print) is flagged as suspicious by services like Gmail, Yahoo mail, or others, they’ll start blocking your messages from being delivered.

Not just to the people who have marked you as spam, but to everyone that uses their service. If too many people start marking your messages as spam (a high probability for messages sent unsolicited to a purchased email list), you run the risk of all your emails being blacklisted by major mail service providers. That means everyone on your email service from development associates all the way up to executive directors won’t be getting their messages through.

Beyond just deliverability, this could also affect which folder services like Gmail place your messages in. Gmail separates inboxes into three tabs: primary, social, and promotion. Based on how recipients interact with your message (whether they open or click it), Gmail might place your message in the promotions tab, where it is far less likely to be read.

3. How Effective Will This Really Be?

Think about the last unexpected email asking you to do something you received. Did you complete whatever action they were asking for? Did you give them money?

Even if your email gets delivered, opened, and read, there’s still a pretty low chance that the recipient is going to respond in the way you want them to (particularly if that means opening their wallets). Why is that?

Because most of the internet public has developed a highly sensitive B.S. radar. We’re all so used to internet scams that they’ve become cliche jokes amongst all of us. If I play word association with a stranger on the street and say “Nigerian prince,” he’s going to say something about email scams.

So what kind of things set off our B.S. radars?

Lack of trust, for one. If you bought this list, the recipient has never heard of you before. Why should they trust you? How often do you give money to strangers, even when they say it’s for a good cause? With internet hacks happening on a weekly basis, most people won’t give you the time of day.

Another factor is lack of context. The decision to give is not an isolated incident that happens in a bubble, it’s the culmination of experiences and decisions your donor has made. They’ve heard a story that’s moved them emotionally, they feel compelled to give because of past experiences, and they’ve learned to trust your organization.

When you email out of the blue, all that context is gone. They could be lying in bed checking their mail first thing in the morning, or absentmindedly checking their phone while talking to a rather boring friend, why would they take out their credit card now? They’ve got something else on their mind entirely.

Granted, there are some situations where you might have some context. Perhaps you bought a list of people who signed a petition related to your cause. At least now you know they have some level of interest in what you do, but that still leaves you with the trust issue.

Email lists aren’t cheap, and you’re going to want to take a close look at the cost-of-acquisition of each donor. How much will that donor need to give across their lifetime to make up the cost? This is going to require you to be brutally honest with expected donations from this list.

Even in the best case scenarios, nonprofit emails experience an average click-rate of around 3%. That means only 3% of your list will even see the donation page, and all the visitors to that page won’t convert either. More like 5 – 10%.

Crunch those numbers before moving forward, and remember to be honest about your expected results.

As stated by the great John Wooden above, it’s better to do something right the first time than to do a sloppy job in the interest of saving time. That’s really where the decision to build an email list comes from: a quick fix rather than building your own list over time.

But the risk of a purchased list can be daunting, and even in best case scenarios, a list you build on your own is likely going to be more fruitful.