An opportunity to better engage, retain and incentivize donors — and reward them at the same time — is incredibly valuable to your nonprofit organization.

We know that every investment of your nonprofit’s funds needs to be made carefully, with as much context as possible. That’s why we’re not just letting you know about all the benefits of our MemberCard — we’re backing them up with hard data.

Our analysis of four Allegiance Group nonprofit station clients — two that used the MemberCard program and two that didn’t — over an period of five years included 15 separate metrics. It focused on the donor performance trends in single-gift programs.

The most impactful findings were:

Those two percentages quickly add up when it comes to the dollars and cents of single-gift programs. For example, one client in our control group could have yielded an additional $200,000 in single-gift program contributions during the analysis period, had it benefited from the average improvements seen in retention and reactivation.

While no two nonprofits are alike, proven advantages can’t be ignored. How would your nonprofit have fared over the last five years if it realized the same improvements as the average found in our research?

A 6% increase in retention and a 2% rise in reactivation mean more revenue to pay staff, fund programs, train volunteers, acquire equipment and more effectively carry out your mission. And the MemberCard leads to happier contributors, too. Relevant and accessible rewards for supporting the causes that mean the most to donors can only encourage future engagement.

About the MemberCard program

This flexible solution can be implemented as a turnkey program or highly customized. We offer:

A solution that drives increased contributions

Allegiance Group provides the experience, expertise and solutions that your nonprofit can rely on to realize positive changes in everything from donor engagement to marketing and digital presence. To learn more, get in touch with our team today. 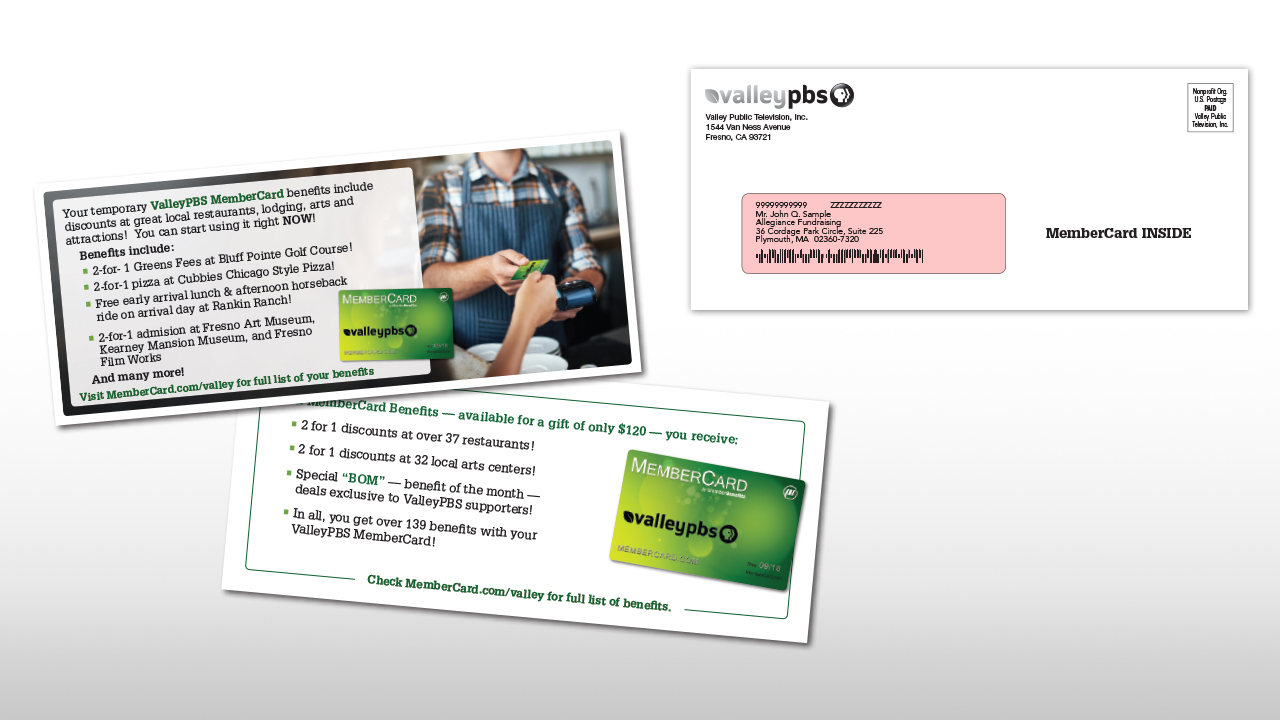 Valley PBS had been incorporating the MemberCard as a benefit of membership for quite a while. This membership benefit had always been part of their new member acquisition efforts, but the station was looking for an opportunity to further boost their direct mail acquisition response rate.
Full Case Study