PBS12 (formerly CPT12) is a statewide television station in Colorado and the smaller of two public broadcasting networks in the state. Because of the overlap in the market, PBS12 wanted to focus on what makes the station unique to help it stand out. Traditional approaches and programs were not enough — and that’s where Allegiance Group came in.

Music is an important part of PBS12’s programming and culture. The station produces a concert series at the renowned Red Rocks Amphitheatre, which includes popular performers who come back each year. Concert goers have made a tradition of seeing their favorite acts every summer. The station also maintains an in-depth collection of music programming, documenting the history of the music scene in Colorado. And its locally produced Sounds on 29th and Head Room Sessions bring audiences the best in local and regional talent including musicians from a broad range of genres. Music is not only at the heart of the station; it’s what makes PBS12 unique in the market.

At the same time, PBS core programming is important to the station and its viewers. Audiences tune in for PBS favorites, and the station launched Passport in 2019 as well as an overall rebranding. The audience for traditional PBS programming engaged with the station very differently than with the music audience. PBS12’s vision was to bring these dissimilar audiences together in support of the station. The question was how to make it happen.

PBS12 teamed up with Allegiance Group to identify two opportunities to achieve their long-term vision:

To take advantage of these opportunities, we developed a multipronged, integrated program to engage all segments of the PBS12 audience more effectively. In addition to the typical components of a public television fundraising program — direct mail and digital programs around quarterly campaigns, renewals, and Sustainers — we recommended launching:

The early results are fantastic!

Ahead of Digital Revenue Projections
Seven months into the fiscal year, the renewal program has generated over 85% of the annual projection

We look forward to watching the results continue to unfold. Some questions we look to answer are:

In the meantime, we are pleased that the PBS 12/Allegiance Group partnership is off to a good start. 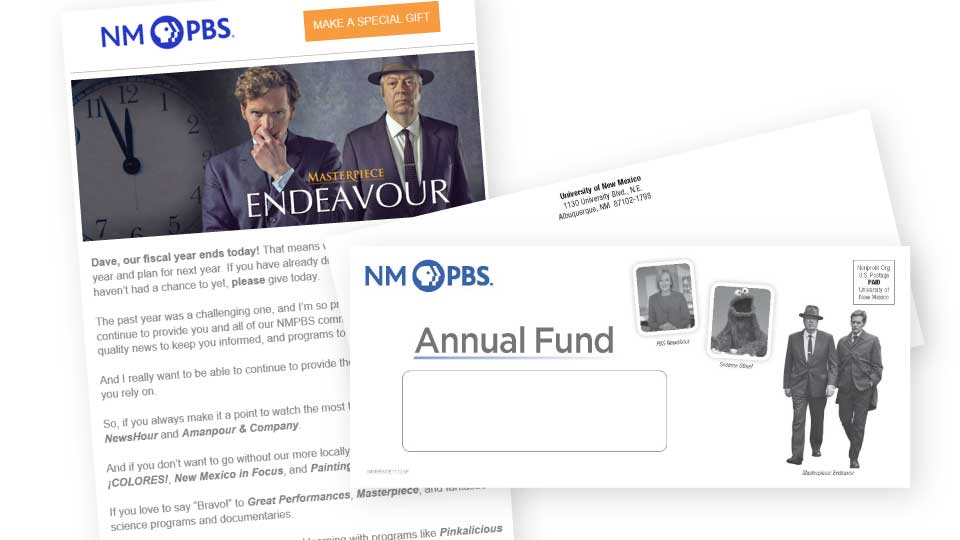